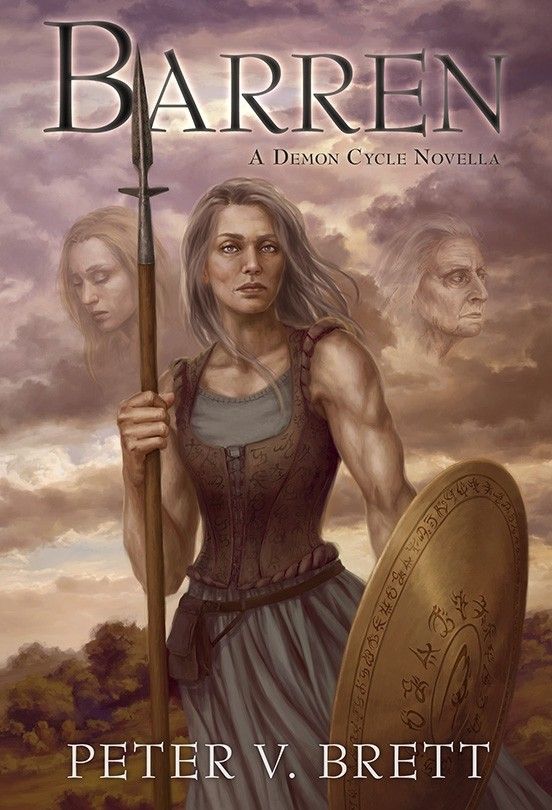 Humanity has been brought to the brink of extinction. Each night, the world is overrun by demons—bloodthirsty creatures of nightmare that have been hunting the surface for over 300 years. A scant few hamlets and half-starved city-states are all that remain of a once proud civilization, and it is only by hiding behind wards, ancient symbols with the power to repel the demons, that they survive. A handful of Messengers brave the night to keep the lines of communication open between the increasingly isolated populace.

The hamlet of Tibbet’s Brook is far from everywhere, and the folk like it that way. People from the Brook keep their secrets close, and don’t care for neighbors looking over their fences. Its seven boroughs rely on one another for resources and support in the night, but they are scattered and fiercely proud, answering only to their Speakers and nursing grudges that go back generations.

For nearly fifty years, through good times and bad, Town Speaker Selia Barren has been the force holding the Brook together. But there are grudges against her as well, fed in bitter hearts for half a century. If Tibbet’s Brook is to survive, Selia must lead her people against the demons in the night even as she confronts those of her past.

Fifty years ago, Selia nearly tore the town in half to love a woman.