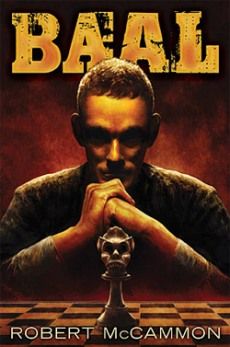 Baal was Robert McCammon’s first novel, a debut that would lead to some of the finest popular fiction of our time. Written at the age of 25 and published as a paperback original in 1978, it has been out of print for years. This deluxe new edition from Subterranean Press will give McCammon’s many readers — both newcomers and longtime fans — the opportunity to trace the development of an extraordinarily talented man.

The story begins with a horrific rape on the streets of New York City. Nine months after that violation, a most unusual child is born. His name is Jeffrey Harper Raines, but he quickly assumes his true name — and true purpose — as Baal, a new incarnation of the ancient prince of demons. The narrative recounts his lethal progress through the 20th century, which begins with the destruction of his earthly “family.” From there, Jeffrey/Baal moves to a doomed Catholic orphanage, where he unleashes carnage on an unprecedented scale, then out into the wider world, where he embraces his destiny as the Prophet of the Damned, generating a legacy of chaos, violence, and despair.

Baal is very much a young man’s book, raw and brimming with emotion. Listen closely and you’ll hear the voice of a gifted storyteller struggling to be born. In 1980, the career that would encompass Swan Song, Boy’s Life, and The Five still lay waiting several years down the road. This is where it began.

Limited to 1000 signed and numbered copies, fully bound in cloth and sold out at the publisher

Deluxe Limited: 224 numbered copies, with a different dust jacket design than the limited edition, signed by author, housed in a custom slipcase and sold out at the publisher

Lettered: 52 copies, bound in leather, with the Deluxe Limited dust jacket, signed by author, housed in a custom traycase