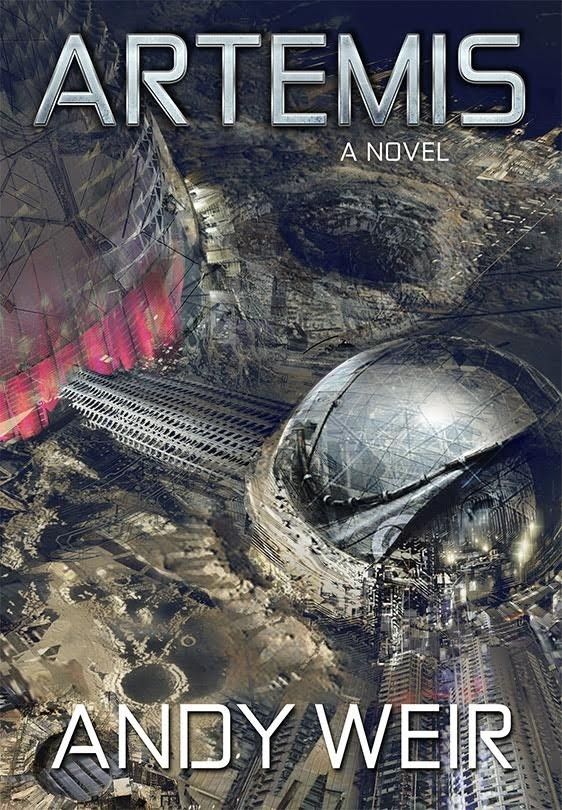 If you’re going to commit the perfect crime, you might as well shoot for the moon…

Jazz Bashara has been a resident of Artemis, the lone city on the moon, since she was six years old. Too bad for her, she’s not one of the wealthier inhabitants. Instead she lives fifteen levels down in a grungy coffin that’s only good for sleeping. Jazz barely makes ends meet as a porter delivering goods between Artemis’s five bubbles (Armstrong, Aldrin, Conrad, Bean, and Shepard). Of course, not everything she delivers is legal.

So when traffic in simple contraband leads to a potential heist with a major payday, how can Jazz resist? She doesn’t even want to. But as she lays and executes her plans, there’s a problem. The stakes of this gamble put her smack in the middle of a play for control of Artemis itself--a game she’ll be lucky to get out of alive.

From international bestselling author of The Martian Andy Weir comes Artemis, an explosive, compelling thriller that will steal away readers to an inventive lunar landscape.

Lettered: 52 signed leatherbound copies, housed in a custom traycase and sold out at the publisher