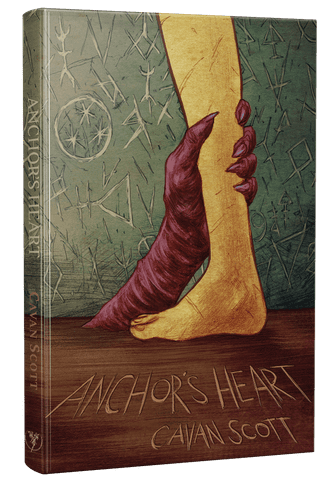 Paramedic Mark Poole is subletting his aunt’s flat as he recovers from a work-related breakdown. He fills his days with helping the neighbour with her garden, doing odd jobs, trying not to think about the call that resulted in his having to take a leave of absence. When he hears a voice that no one else seems to hear, sees things that no one else seems to notice, the house next door assumes a darker significance and he determines to find out what’s going on, who it is that needs his help?

His search opens the floodgates to more strange occurrences, and soon Mark is fighting for his life—or his sanity, if he’s wrong, as his friends insist he is.

CAVAN SCOTT is a UK number one bestseller who has written for such popular worlds as Star Wars, Doctor Who, Star Trek, Assassin’s Creed, Judge Dredd, Pacific Rim, and Sherlock Holmes. He is the author of Star Wars Dooku: Jedi Lost, The Patchwork Devil, Shadow Service, and is one of the story architects for Lucasfilm’s epic multi-media initiative, Star Wars: The High Republic. He has written comics for Marvel, DC Comics, IDW, Dark Horse, Vertigo, 2000 AD, and The Beano.A former magazine editor, Cavan Scott lives in Bristol with his wife and daughters. His lifelong passions include scary movies, folklore, the music of David Bowie, and LEGO. He owns far too many action figures.