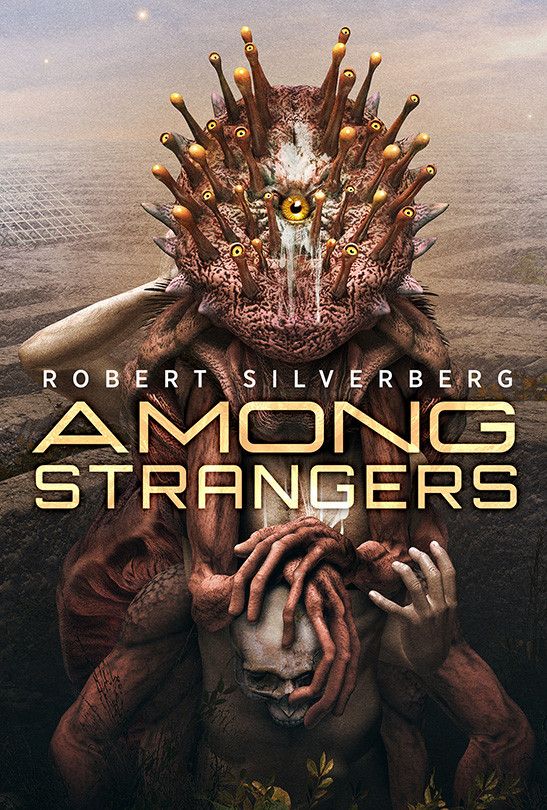 Subterranean Press is pleased to announce Among Strangers, a huge (over 750 pages) gathering including three novels and a novella by Robert Silverberg, all of which examine human/alien interaction.

In this remarkable quartet, Robert Silverberg journeys into the pulsating heart of the unknown—the strange, the alien, the unexplored without and undiscovered within. With the assured deftness and seasoned thoughtfulness of a Grand Master, Silverberg plunges us into otherworldly psyches, forbidden areas and utterly mystifying realities.

In Those Who Watch (1967) three New Mexico humans, an eleven-year-old Hopi boy, a widowed single mother, and a divorced Air Force Colonel, unwittingly become entangled with aliens who have long monitored human civilization. Further complicating affairs, an agent from a rival alien species lands on Earth determined to chase down the three renegade observers.

The Man in the Maze (1968) is Dick Muller, an engineered telepath, once a hero but now exiled by an ungrateful humanity to the labyrinth on Lemnos. When administrator Boardman tries to enlist Muller once more for a dangerous mission and Muller refuses, the eponymous maze takes on a mental meaning warped enough to rival any physical construct.

An overlooked gem, the near-future, post-apocalyptic Tom O’Bedlam (1985)—presented here for the first time in the author’s definitive version—explores the gossamer boundary between rapture and rupture. The denizens of a frayed world begin experiencing collectively shared dreams just as a space probe light years away sends back images eerily similar to their dreamscapes. Is the titular Tom O’Bedlam humanity’s destined prophet to the stars, or a deranged cult leader fated to push a fragile civilization over the brink?

“The Way to Spook City” (1992) takes us through an unforgettable rite of passage, a life-changing voyage into the alien Occupied Zone.

These four masterfully crafted tales, by turns sensitive, suspenseful, enigmatic, and visionary, eloquently show that not only beauty, but maybe even reality itself, lies in the eye of the beholder. Only Among Strangers can we truly see ourselves.