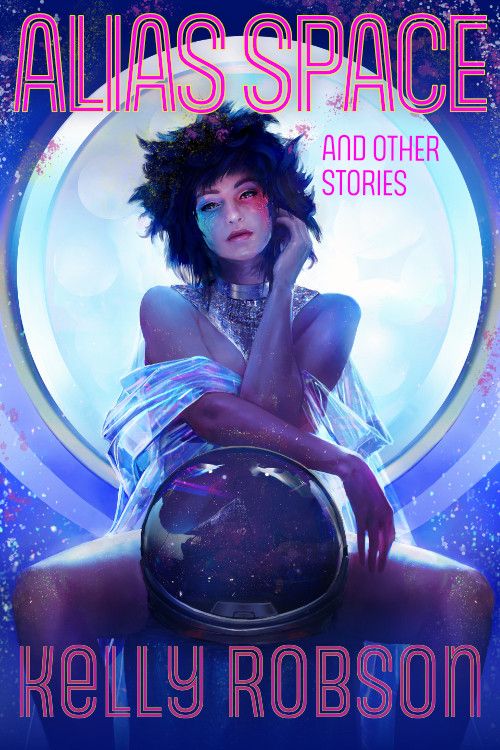 Alias Space and Other Stories

Alias Space and Other Stories is the first fiction collection from Nebula Award-winning writer Kelly Robson, who vaulted onto the Science Fiction, Fantasy, and Horror stage in 2015, earning spots in multiple Year’s Best anthologies. This volume collects Robson’s best stories to date, along with exciting new work, and notes to accompany each piece.

Robson’s stories are noted for their compassion, humanity, humor, rigor, and joy. This volume includes the chilling gothic horror “A Human Stain,” winner of the 2018 Nebula Award; the madcap historical fantasy “Waters of Versailles,” which was a finalist for both the Nebula and World Fantasy Awards; and science fiction stories such as the touching “Intervention,” chilling “The Three Resurrections of Jessica Churchill,” obscene “What Gentle Women Dare,” heartbreaking “Two-Year Man,” and many others.

Kelly Robson grew up in the foothills of the Canadian Rockies, and as a teenager was crowned princess of the Hinton Big Horn Rodeo. From 2008 to 2012, she wrote the wine and spirits column for Chatelaine, Canada’s largest women’s magazine. Kelly consults as a creative futurist for organizations such as UNICEF and the Suncor Energy Foundation. She and her wife, writer A.M. Dellamonica, live in downtown Toronto.