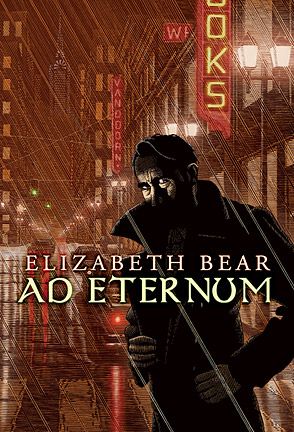 Subterranean Press is proud to announce the capstone novella to the New Amsterdam series. The signed limited edition of ad eternum includes not only the novella proper, but an additional 9,000 word chapbook, “Underground”.

***
For centuries, the wampyr has drifted from one place to another. From one life to another. It's 1962, and he's returned to New Amsterdam for the first time since he fled it on pain of death some sixty years before. On the eve of social revolution, on the cusp of a new way of life, he's nevertheless surrounded by inescapable reminders of who he used to be.

For a thousand years, he's chosen to change rather than to die. Now, at last, he faces a different future....

Limited to 250 signed numbered copies, including the exclusive chapbook