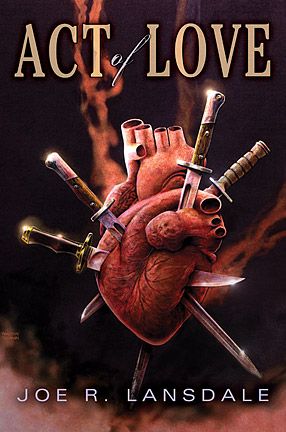 In 1981, Joe R. Lansdale, then a noted short story writer, published his first novel, a paperback original entitled Act of Love. A ferocious account of the search for a killer known as the Houston Hacker, Lansdale’s debut was written years before the Hannibal Lecter phenomenon left its mark on American popular culture, years before the “serial killer novel” became a distinct — and highly marketable — publishing category. Thirty years after its initial appearance, this pioneering novel continues to exert a raw but undeniable narrative force.

Set in the vividly evoked urban squalor of Houston, Texas, Act of Love moves with great authority between the disordered mind of a compulsive killer and the increasingly desperate perspectives of the policemen who hunt him. In the process, it offers a detailed portrait of a complex murder investigation and anatomizes a city under siege, a city held hostage by a latter day Jack the Ripper.

As long time Lansdale readers will note, Act of Love introduces the soon-to-be-familiar figure of homicide detective Marvin Hanson. More importantly, it introduces, in embryonic form, some characteristic authorial virtues: the deceptively effortless prose, the flawless sense of place, the graphic depiction of inhuman violence, and the casually profane, instantly recognizable Lansdale humor. Unavailable for far too long, Act of Love makes a welcome reappearance in this deluxe anniversary edition, which includes the definitive text of the novel, a new introduction by the author, and a never before published short story featuring Marvin Hanson. The result is a significant — and necessary — act of rediscovery and an irresistible gift for Lansdale aficionados old and new.

The Subterranean Press edition of Act of Love will contain not only the novel proper but a brand new 10,000 word novelette, written in the spirit of the original novel, and possibly featuring the protagonist. Timothy Truman will provide a full-color dust jacket, while Glen Chadbourne contributes copious black and white interiors. Act of Love proudly takes its place alongside the other essential Lansdale titles The God of the Razor and Deadman’s Road on any collector’s permanent shelf.

Limited to 200 signed numbered copies, bound in leather, housed in a custom slipcase