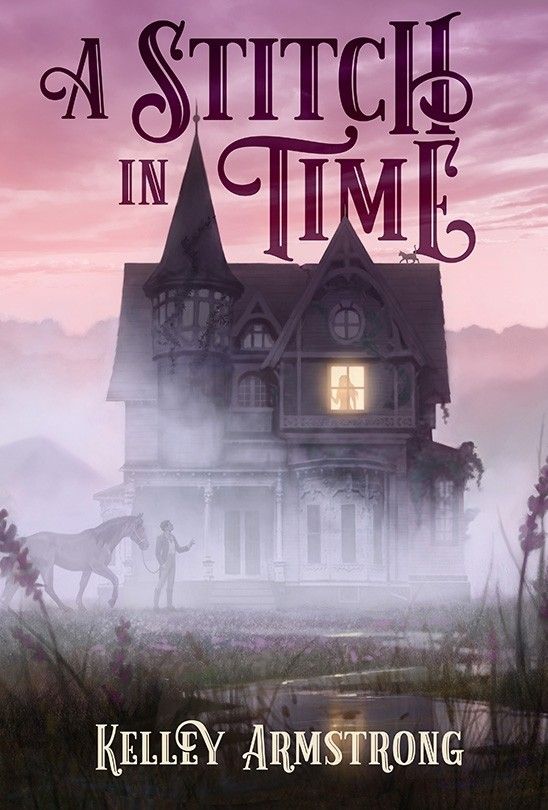 A Stitch In Time

Thorne Manor has always been haunted…and it has always haunted Bronwyn Dale. As a young girl, Bronwyn could pass through a time slip in her great-aunt's house, where she’d visit William Thorne, a boy her own age, born two centuries earlier. In the wake of a family tragedy, the house was shuttered and Bronwyn was convinced that William existed only in her imagination.

Twenty years later, Bronwyn inherits Thorne Manor, exactly when she needs it most, her life stalled since her young husband’s death years earlier. And when she returns, William is waiting.

William Thorne is no longer the calm and quiet boy she remembers. He’s a difficult and tempestuous man, his own life marred by a tragedy and scandal that had him retreating to self-imposed exile in his beloved moors. He’s also none too pleased with Bronwyn for abandoning him all those years ago.

As their friendship rekindles and sparks into something more, Bronwyn must also deal with ghosts in the present version of the house, and soon she realizes they are linked to William and the secret scandal that drove him back to Thorne Manor.