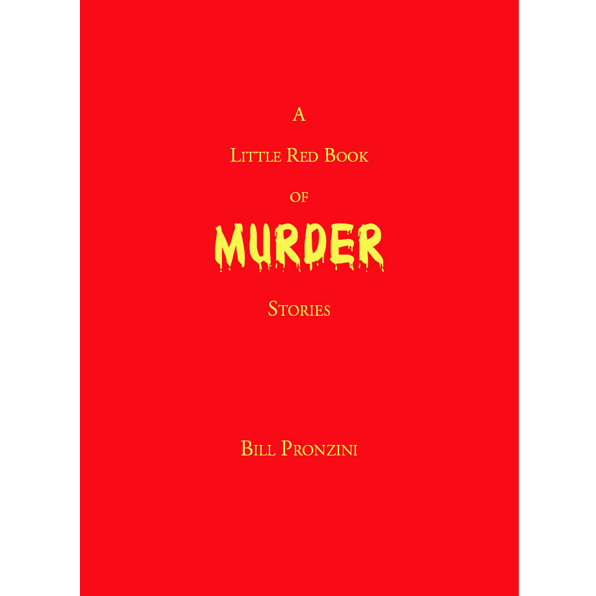 The 12th offering in the Little Book series.

A full-time professional writer since 1969, Bill Pronzini has published more than 80 novels, including seven in collaboration with his wife, Marcia Muller, and 46 in his popular “Nameless Detective” series, the longest running PI series still being published.  He is also the author of four nonfiction books, 20 collections of short stories, and scores of uncollected articles, essays, and book reviews; and he has edited or coedited numerous anthologies.  His work has been translated into eighteen languages and published in nearly thirty countries.

In 2008 he was named Mystery Writers of America Grand Master, the organization’s highest award.  He has received three Shamus Awards, two for best novel, and the Lifetime Achievement Award (presented in 1987) from the Private Eye Writers of America; and six nominations for MWA’s Edgar Allan Poe award.  His suspense novel, Snowbound, was the recipient of the Grand Prix de la Litterature Policiere as the best crime novel published in France in 1988.  Two other suspense novels, A Wasteland of Strangers and The Crimes of Jordan Wise, were nominated for the Hammett Prize for best crime novels of 1997 and 2006 respectively by the International Crime Writers Association.

He is also the recipient of the Paul A. Witty Award  presented by the International Reading Association for the best YA short fiction of 1999, “Christmas Gifts”; and, in collaboration with Marcia Muller, of a Western Writers of America Spur Award for best western short fiction of 2007, the novella “Crucifixion River”.