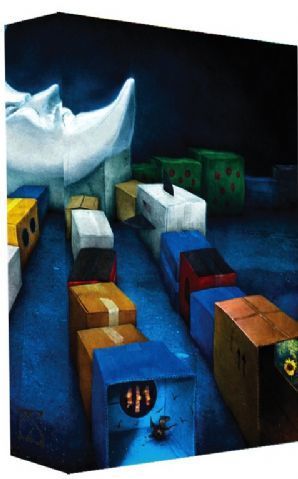 Anyone out there heard of this cat Joe Hill? Yeah, of course you have. And I’ll bet ya heard of Joe’s Ray Bradbury’s Fellowship award for the story ‘20th Century Ghost’ and maybe you heard he also received the William L. Crawford award for best new fantasy writer in 2006, the A. E. Coppard Long Fiction Prize in 1999 for ‘Better Than Home’ and the 2006 World Fantasy Award for ‘Voluntary Committal’. His stories have appeared in a variety of magazines, such as Postscripts, Subterranean Magazine and The High Plains Literary Review, and in many anthologies.

Well, it’s 10 years since, overloaded to the back teeth with projects,  CD Head Honcho Richard Chizmar sent Joe our way to ask if PS might be interested in publishing his collection of tales, wrapped around the title of that Bradbury Fellowship story. On the night Joe responded to my suggestion that he send me his three best yarns. I read ‘Ghost’, ‘Pop Art’ (sheer genius and containing a killer closing line) and, heck, you know, I don’t recall the third one. I do recall dropping him a line first thing the next morning and asking for a phone number and I called and we spoke and we made a deal and, well, you know the rest—20TH CENTURY GHOSTS, GUNPOWDER, HORNS, plus a little something special just down the pike that we’ll talk about a little later. But before that, just to re-whet your whistle, here’s the 10th Anniversary edition of the book that started the ball rolling and which notched up in quick succession the World Fantasy Award, the British Fantasy Award, the International Horror Guild 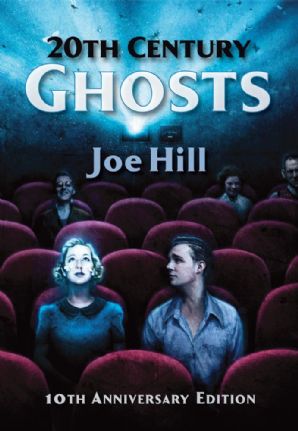 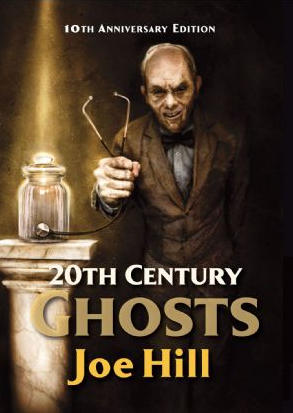 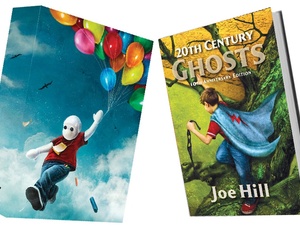