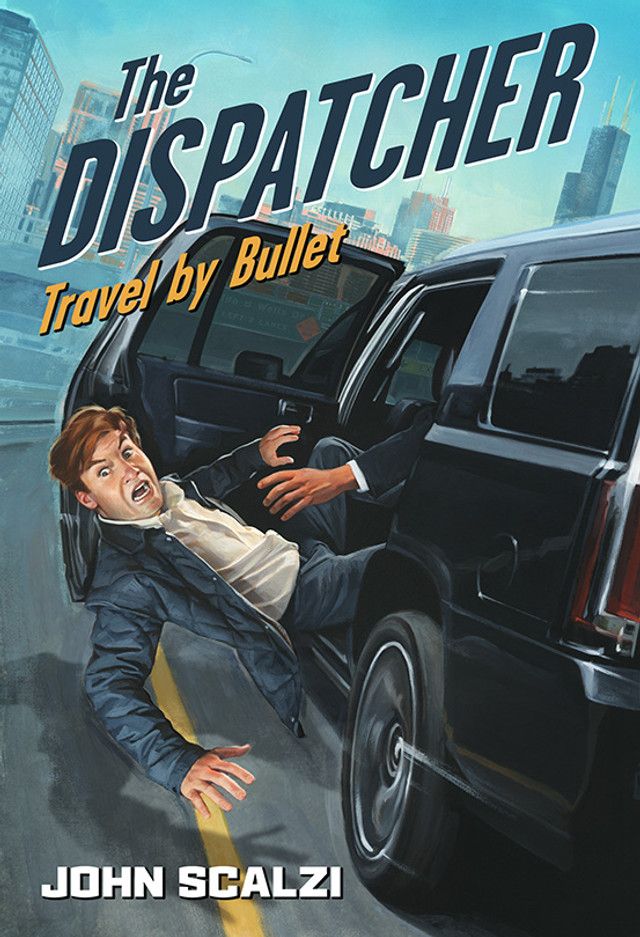 The Dispatcher: Travel By Bullet

From Hugo-winning author John Scalzi comes The Dispatcher: Travel by Bullet, which clocks in at over 40,000 words, the longest novella yet in the series.

The world has changed. Now, when someone is murdered, they almost always come back to life—and there are professionals, called “dispatchers,” who kill in order to save lives, to give those near the end a second chance. Tony Valdez is a dispatcher, and he has never been busier.

But for as much as the world has changed, some things have stayed the same. Greed, corruption and avarice are still in full swing. When Tony is called to a Chicago emergency room by an old friend and fellow dispatcher, he is suddenly and unwillingly thrown into a whirlpool of schemes and plots involving billions of dollars, with vast caches of wealth ranging from real estate to cryptocurrency up for grabs.

All Tony wants to do is keep his friend safe. But it’s hard to do when friends keep secrets, enemies offer seductive deals, and nothing is ever what it seems. The world has changed…but the stakes are still life and death.