Two strangers become brothers in their fight for survival when they are swept away by an unimagined zombie force into a time and place that they could have never anticipated or believed.

Their struggle becomes a mission not only to return home but to right the wrongs they see. They witness the most horrendous battle in our history at Gettysburg and meet historical figures.

Their faith in each other keeps them going when it appears all is lost. They face many obstacles on their way back to the mountain where they were cast into the past by the evils of Zombie Gold hoping they can return to the present.

Details of the limited hardcover edition:

By Joe Lansdale and John Lansdale

If the Western town of Falling Rock isn't dangerous enough due to drunks, fast guns and greedy miners, it gets a real dose of ugly when a soulless, dynamite-loving bounty hunter named Smith rides into town to bring back a bounty, dead or alive—preferably dead. In the process, Smith sets off an explosive chain of events that send him straight to the waiting room in Hell where he is offered a one-time chance to absolve himself.

Satan, a bartender also known as Snappy, wants Smith to hurry back to earth and put a very bad hombre out of commission. Someone Smith has already met in the town of Falling Rock. A fellow named Quill, who has, since Smith's departure, sold his soul to the Old Ones, and has been possessed by a nasty, scaly, winged demon with a cigar habit and a bad attitude. Quill wants to bring about the destruction of the world, not to mention the known universe, and hand it all over: moon, stars, black spaces, cosmic dust, as well as all of humanity, to the nasty Lovecraftian deities that wait on the other side of the veil. It's a bargain made in worse places than Hell.

Even Satan can't stand for that kind of dark business. The demon that has possessed Quill, a former co-worker of Satan, has gone way too far, and there has to be a serious correction.

And though Smith isn't so sure humanity is that big of a loss, the alternative of him cooking eternally while being skewered on a meat hook isn't particularly appealing. Smith straps on a gift from Snappy, a holstered Colt pistol loaded with endless silver ammunition, and riding a near-magical horse named Shadow, carrying an amazing deck of cards that can summon up some of the greatest gunfighters and killers the west has ever known, he rides up from hell, and back into Falling Rock, a town that can be entered, but can't be left.

It's an opportunity not only for Smith to experience action and adventure and deal with the living dead and all manner of demonic curses and terrible prophecies, it's a shot at love with a beautiful, one-eyed, redheaded-darling with a whip, a woman named Payday. But it's an even bigger shot at redemption.

Saddle up, partner. It's time to ride into an old fashioned pulp and horror adventure full of gnashing teeth, exploding dynamite, pistol fire, and a few late night kisses.

Details of the limited hardcover edition: 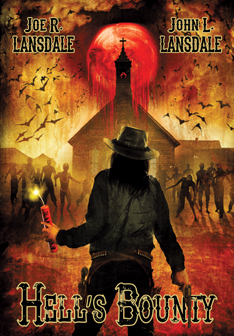 We also received one copy that was damaged as pictured, it is number 28, the back board was scratched, we applied some black color to cover the mark as pictured.  There are no other defects to the book. 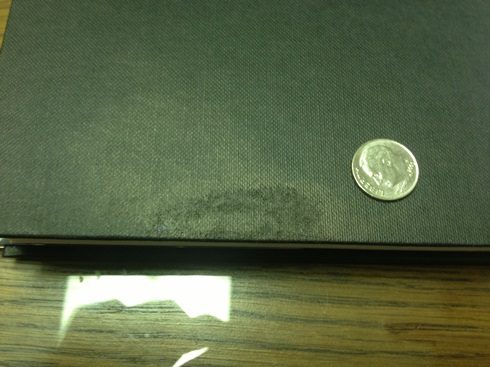