Thumbprint was a chapbook created by Subterranean Press, in wrappers, which was included with any copies of its original antholgy Tales of Dark Fantasy.  In addition to the copy in wrappers 52 Lettered copies were created, laviishly bound and housed in a custom traycase as pictured.  These were produced in 2007/2008, being the first appearsance of Thumbprint which is a 35 page short story.

Thumbprint tells of a woman who returns from active duty at Abu Ghraib prison and the memories of the terrible things she did there aren’t the only things to follow her home. 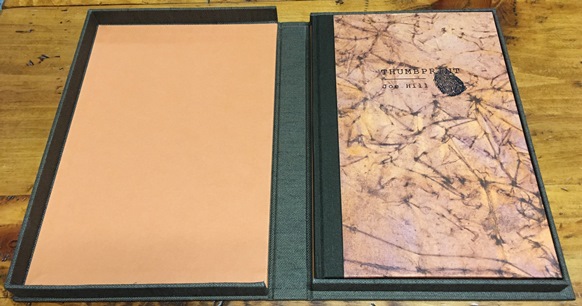