The Three-Body Problem and The Dark Forest Cixin Liu

Cixin Liu, China’s preeminent science fiction writer for more than twenty years, first came to the attention of English speaking readers with the 2014 publication of The Three-Body Problem, the opening movement of a dazzling, dizzying trilogy called The Remembrance of Earth’s Past. Its appearance here was an immediate cultural event, and it became the first work in translation ever to win the Hugo Award for Best Novel. It isn’t hard to understand why.

The book takes its title from a classical physics problem involving the effects – gravitational and climatic – of three celestial bodies occupying a limited space. It also refers to an immensely sophisticated “game” in which players enter a world (Trisolaris) dominated by three different suns. Under the shifting influence of these suns, Trisolaris cycles repeatedly between “Chaotic Eras” and “Stable Eras” as their planet moves inexorably toward destruction. When a signal from Earth—a compatible planet—reaches them, the Trisolarians initiate an extremely long-range plan to vacate their dying planet and make Earth their new home.

This is the central element in an enormously erudite narrative that ranges from the Cultural Revolution of 1967 to the imperiled present, illuminating events from the alternating perspectives of its human and non-human protagonists. Seamlessly combining politics, social history, and rigorous hard science, The Three-Body Problem is an alien invasion story unlike any you have ever read. It offers the sort of speculative pleasures only science fiction can provide, and leaves us waiting, satisfied and anxious, for the unpredictable pleasures still to come.

The Subterranean Press edition of The Three-Body Problem will be oversize, printed in two colors throughout on 80# Finch, and feature a number of full-page full-color interior illustrations. 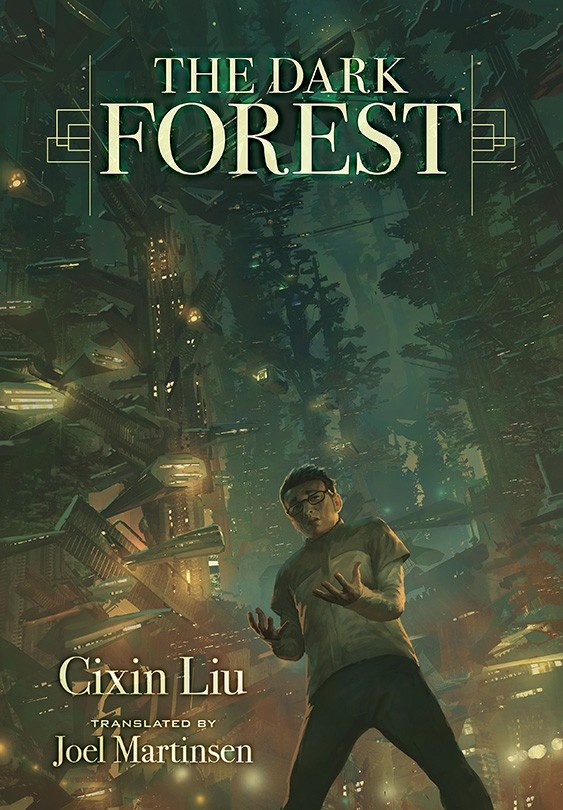 Important Note: There is a limit of one copy per person/household, so if you have already ordered a copy of The Dark Forest, please do not order another.

In The Three-Body Problem, the opening volume in Cixin Liu’s magnificent trilogy, Remembrance of Earth’s Past, Earth’s population found itself facing an unprecedented threat. Trisolarans, technically advanced inhabitants of a dying planet, have focused their attention on Earth, and are determined to make it their new home. As this astonishing second volume opens, the Trisolarian fleet has just been launched. Their journey will take more than 400 years to complete, but they are on their way. And that fact changes everything.

In an epic narrative spanning centuries, The Dark Forest examines the effects of a remote but very real threat on the citizens of Earth, effects that are at once spiritual, psychological, and pragmatic. Science and technology make concerted efforts to rise to the occasion, but encounter a single, insurmountable problem. The Trisolarans have littered the earth with sub-atomic particles known as “sophons” that have two functions. They place unbreakable limits on human technological development, and they reveal every secret strategy and plan to the invading forces. Faced with an obstacle they cannot overcome, the leaders of Earth develop a desperate, last-ditch plan called The Wallfacer Project, in which four individuals are given unlimited resources to develop—in absolute secrecy—a feasible defense against an immensely superior enemy. One of these four—an insignificant astronomer named Luo Ji—may hold the key to human survival in the dark, predatory forest of the universe.

Seamlessly blending rigorous hard science with a fundamental—and ultimately moving—humanism,The Dark Forest is, quite simply, a masterpiece. For decades, Cixin Liu has been one of the leading figures in China’s literary community. With Remembrance of Earth’s Past, he has made a spectacular English language debut. Although we didn’t know it, we’ve needed Cixin Liu for a very long time, and now he’s here. He couldn’t be more welcome.