If you missed out on our lettered copy and are kicking ourself, our friend at Charnel House has put his up for sale - Follow This Link (book was available on April 1 when this was posted)

And for the King Collector that has everything,

or has to have everything, we just obtained a handfull of unused limited edition books.  By unused we mean there is no "check!"  And no box, just the bound book.For lack of a better term we are calling these "Trade Editions of Limited"  The  text blocks appear to be the same as the Dutton Trade Editions, but the copyright page is different and the paper is a MUCH better quality.  Get them while they last, limit one per person.

No this was not an "April Fool's Joke" and when we woke up in the morning of Apirl 2nd, the copies we offered for sale were GONE!  I did want to post this last picture (below the previous pictures), for reference purposes, the copyright page of the Trade Edition of the Limited on the left compared to a regular Dutton Trade 1st Edition, pictured on the right.  In addition you can see the difference in the thickness of the paper.  Again, this will remain here for reference only. 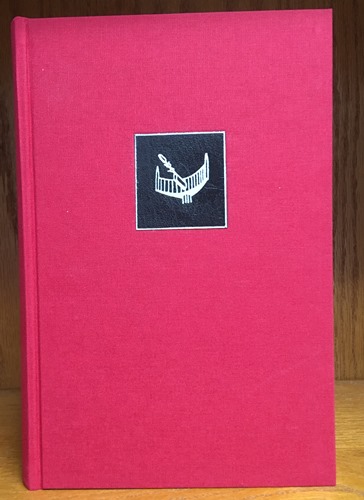 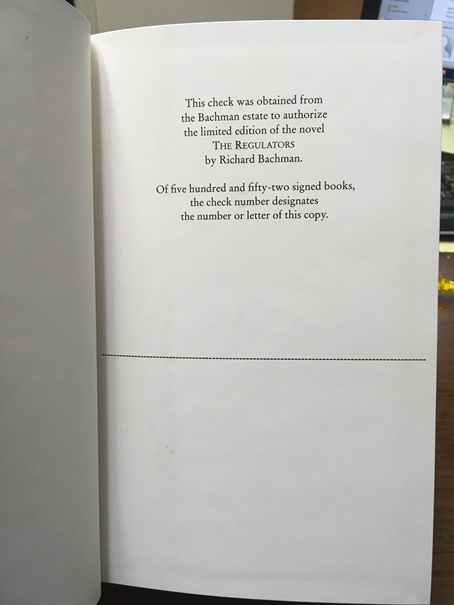 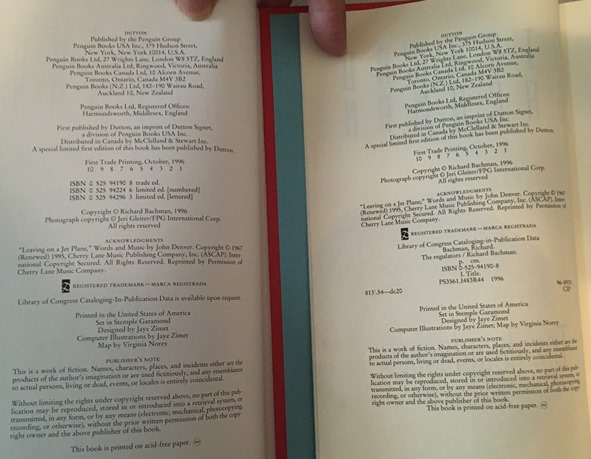 The "late Richard Bachman’s" signature (as signed by Stephen King) is on a fictitious canceled check which has been mounted on the first page of the book. Each check has been individually numbered or lettered and made out to a different fictional recipient referred to in a Stephen King story. 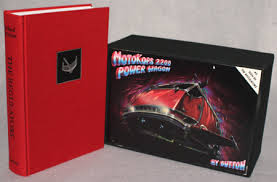 LETTERED EDITION INFORMATION CAN BE FOUND BELOW

Current offerings have the box cover(s) pictured below (pictured because all copies we have seen have some rubbing on the picture on the top of the box and we don't want anyone not knowing exactly what they are getting.) 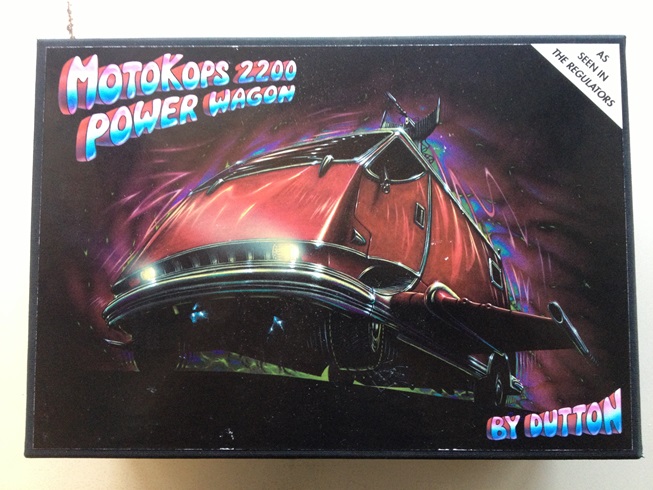 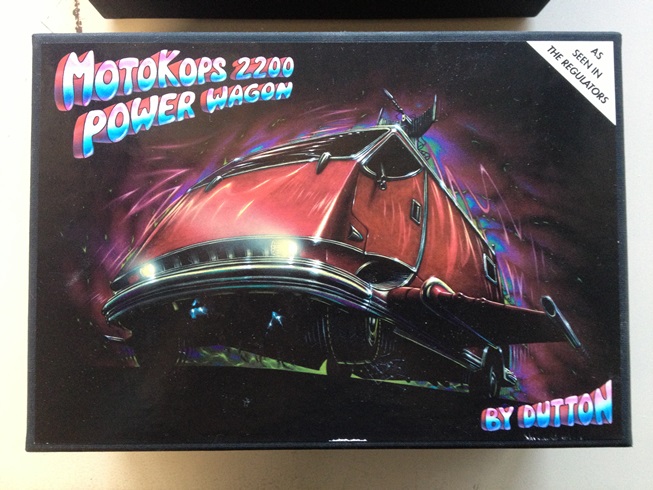 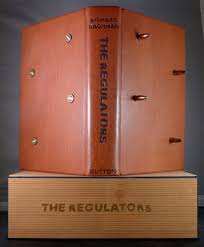 Above Picture and text below from the Charnel House's Website:

The text has been printed on Mohawk Vellum and the illustrations on Lustro Dull.

The "late Richard Bachman's" signature (as signed by Stephen King) is on a fictitious canceled check which has been mounted on the first page of the book. Each check has been individually numbered or lettered and made out to a different fictional recipient referred to in a Stephen King story.

Winner of The Most Collectible Book Of The Year Award - 1996

Charnel House was employed to create the limited editions for the Dutton "Stephen King as Richard Bachman" book The Regulators. Both editions went out of print in a matter of hours using a toll free number on a specific day. Look out QVC.

Now to the actual book at hand:

Book and Traycase are in beautiful condition, but the cover of the book does show a  mark where the cloth from the blocks of wood on the top and bottom of the top of the traycase have touched the leather over the years (see picture of blocks and we've tried to show a picture of the cover at an angle to see what we are talking about).  In addition, and the pictures will not show it, the leather on the cover does show some slight imperfections.  Check KK is made payable to the Overlook Connection in the amount of $200.00 for a 1st Edition Small World! 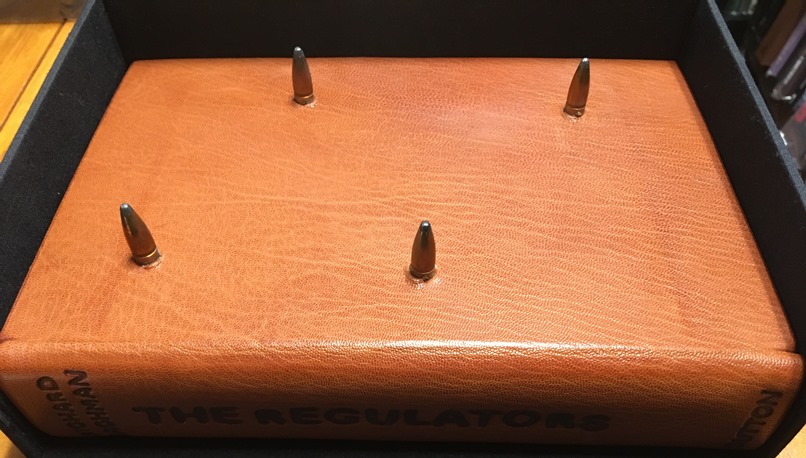 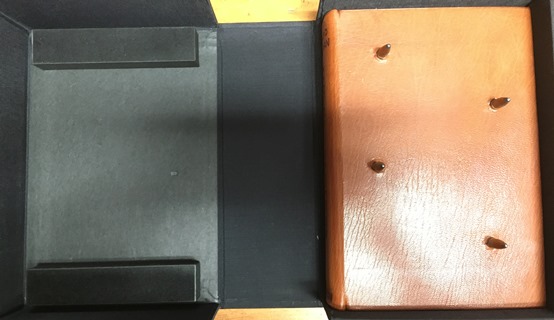 Price plus actual shipping and insurance, and law-away is an option, but payments will need to be made via wire transfers.