The Innkeeper Chronicles, Volume One matched with The Kinsmen Universe Ilona Andrews

The Innkeeper Chronicles, Volume One

Subterranean Press is pleased to present, from NYT #1 bestselling author Ilona Andrews, an omnibus of the first three novels in the Innkeeper series. Our edition will be huge (over 760 pages), with an original full-color wraparound dust jacket, as well as full-color and black-and-white interior illustrations by Doris Mantair.

Meet Dina Demille, a nice Texas gal who runs a seemingly ordinary, quaint B&B.  But Dina’s inn is a magic, thinking entity; her fluffy Shih-tzu, Beast really is a beast; and her guests are the kind that no one on earth is supposed to know about:  guests like a dethroned galactic tyrant with a massive bounty on her head, the Lord Marshal of a powerful vampire clan, and a displaced—and superhot—alpha-strain werewolf.

So don’t expect a normal stay…and don’t stand too close, or you may be collateral damage….

In Clean Sweep, Dina—with the unwanted assistance of newcomer (and alpha werewolf) Sean Evans and Arland, a cosmic vampire soldier—takes on an extraterrestrial killing machine that could destroy her Inn, her neighbors, and everything she holds dear.

One Fell Sweep sends Dina to the galaxy’s worst penal colony to rescue her sister; and back home to fend off a clan of assassins in pursuit, all while saving a guest’s civilization from annihilation…and searching for her missing parents. 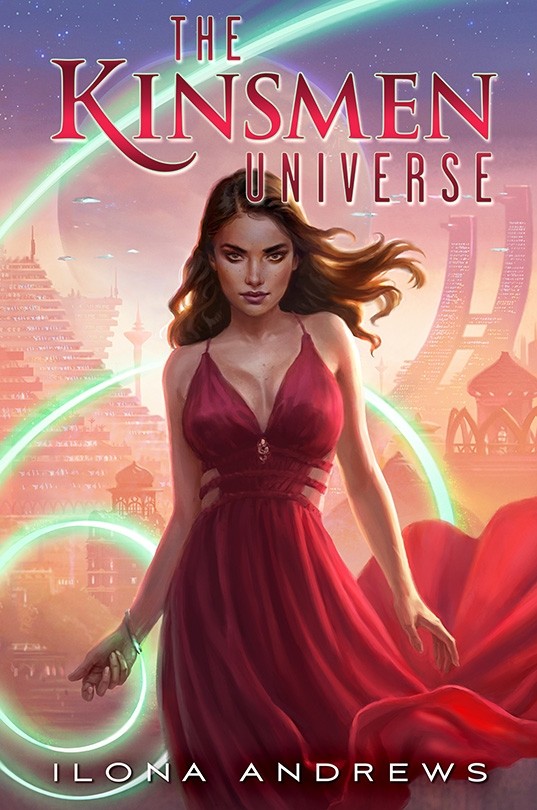 In a distant, future world Kinsmen—small powerful groups of genetically and technologically advanced families—control vast financial empires.  They are their own country, their own rulers, and their only limits are other Kinsmen. The struggle for power is a bloody, full-contact sport:  in business, on the battlefield...and sometimes in the bedroom.

The World of Kinsmen

Family is everything. Talent is power.  And revenge is sweet.

In a distant, future world Kinsmen—small powerful groups of genetically and technologically advanced families—control vast financial empires.  They are their own country, their own rulers, and their only limits are other Kinsmen. The struggle for power is a bloody, full-contact sport:  in business, on the battlefield...and sometimes in the bedroom.

On the planet Rada, Meli Galdes’ family is of minor rank, and were relying on her marriage to Celino, the razor-smart, ruthless leader of the powerful Carvanna empire.  When he abruptly breaks their engagement, he ruins her family and guarantees that Meli will never marry, as no suitor will oppose the rich and influential Carvannas.

But Meli has a rare, secret, lethal—and valuable—talent. As a melder of energy, she’s capable of severing anything in her path. So she ‘leaves’ her family and trains to become one of the best and most lethal of assassins, all the while covertly guarding her family’s interests. Now she’s ready to quit; but she has one more assignment.

To kill the man who ruined her life.

Claire Shannon is a killer…and her weapon is her mind.

Born on a planet torn by war for over 300 years, Claire is a soldier: a psycher, with the ability to read, control, and destroy the minds of enemy psychers  and to infiltrate the biological  network where they battle to death.

When Claire’s faction loses the war, she barely escapes extermination from both sides, as her talent brands her as too dangerous to society.  By so-deeply burying her ability that she avoids detection, Claire is instead deported to Rada as a refugee, where she must find work to remain.  She finds a job as personal assistant to Venturo Escana, a premiere kinsman; one of Rada’s most wealthy entrepreneurs—and most powerful psychers.

She thought she had left war behind, but now she must hide her skills and her growing feelings from Venturo…and this battle might just cost her everything…

The leader of the fierce Reigh people expires during an intergalactic summit, putting 30 million colonists' lives and livelihoods in jeopardy. When the new heir to the Reigh throne, Lord Nagrad, demands restitution, the phrase "‘a life for a life" turns the intergalactic calamity into an arranged marriage contract between Lord Nagrad and sharply intelligent diplomatic analyst Deirdre Lebed... and the negotiation of terms becomes anything but formal!

Lettered: 52 signed traycased copies, bound in a different leather than the limited edition

Matching Numbered Set of Limited Editions: The Innkeeper Chronicles, Volume One matched with The Kinsmen Universe 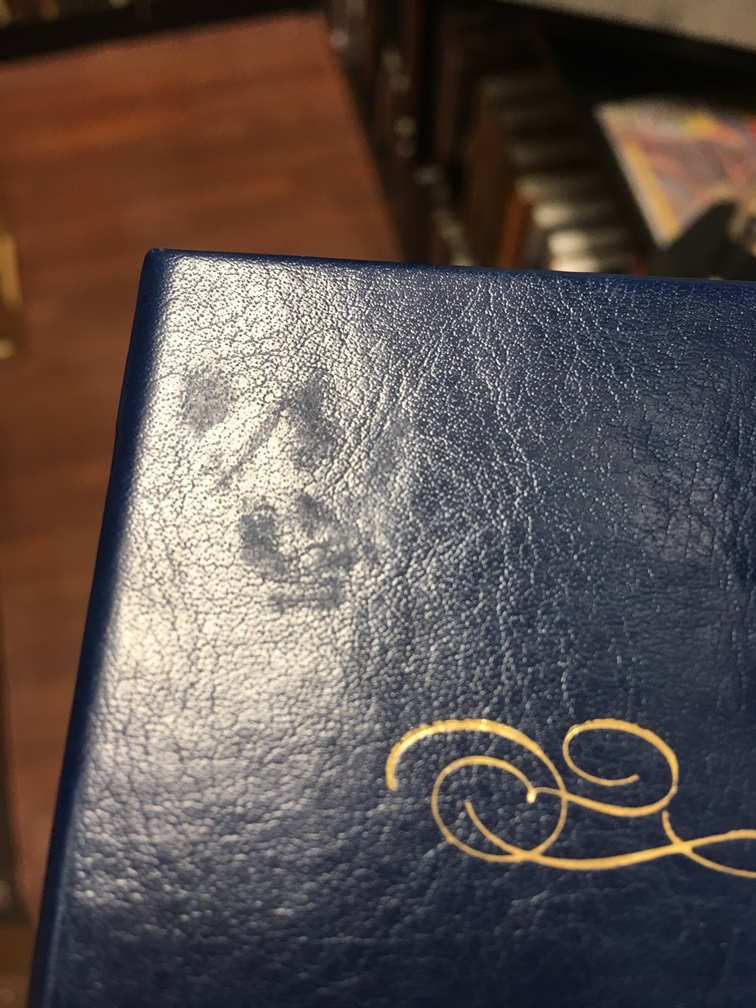 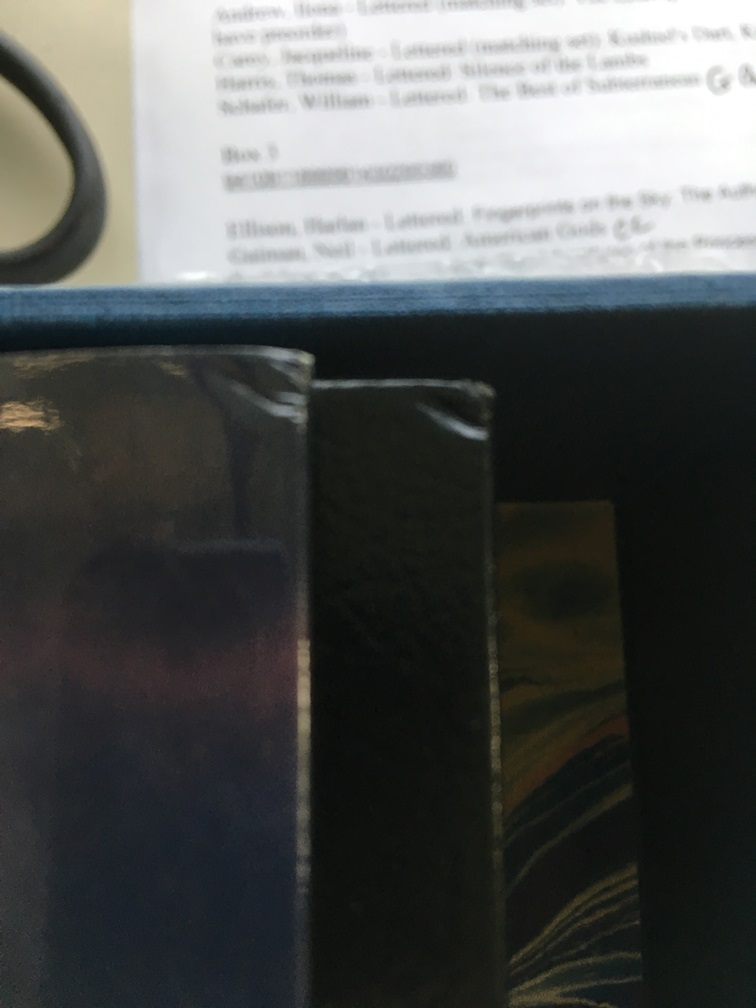