For the first time the Gauntlet edition carries Bradbury’s preferred text to this classic novel. Whole pages and paragraphs were deleted by the publisher and are restored for our edition.

Edited by Jon Eller, this signed limited edition contains a typeset version of Bradbury’s preferred text, the original manuscript (complete with handwritten corrections) Bradbury sent to Knopf, a screenplay Bradbury wrote before he wrote the novel (in manuscript form) and the typeset version of his Hanna-Barbera screenplay. The front and back covers are Bradbury oil paintings of Halloween trees. The dustjacket was designed by Bill Walker and Donn Albright.

Lettered Edition: The 52 copy Lettered edition is full of bonus material: several previously unpublished Halloween poems and the previously unpublished short story “The Elevator” (a version was produced for the second incarnation of The Twilight Zone, but the script didn’t adhere to the story). Bradbury drew an original tipsheet drawing which appears in each edition, but on only the Lettered Edition will one find a Bradbury thumbprint on one of the pumpkins.

Table of Contents: Lettered Edition Only

The Lettered edition is housed in Gauntlet’s first metal traycase, which includes a pop-up Halloween tree taken from Bradbury’s cover art (with pumpkins cut out and dangling like a wind-chime). Each tree is engraved with Bradbury’s signature.

In addition Gauntlet also published a CD reading by Bradbury of GROON, which those who purchased the lettered edition of THE HALLOWEEN TREE received as a bonus item. 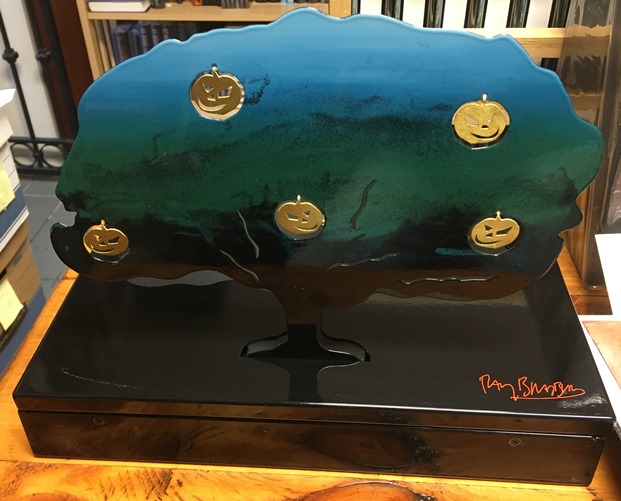 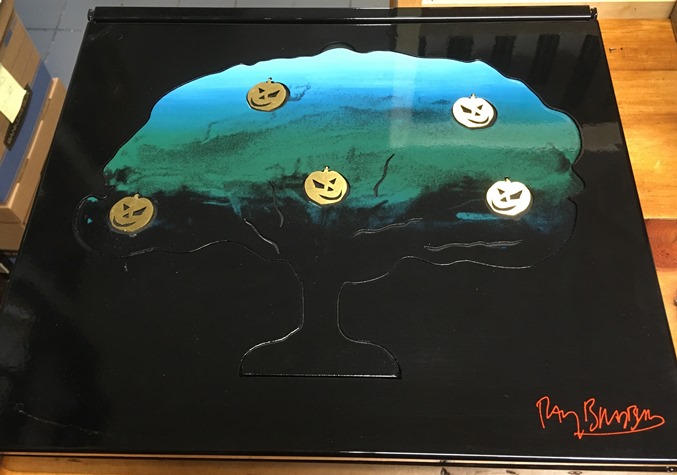 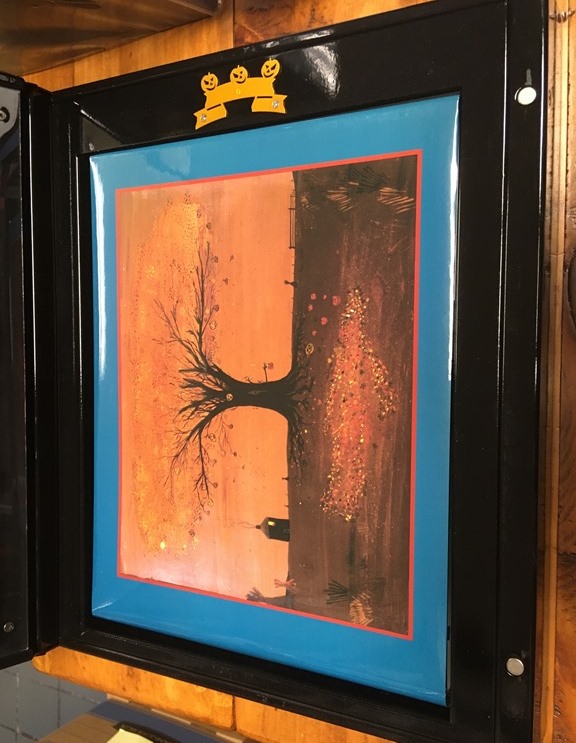 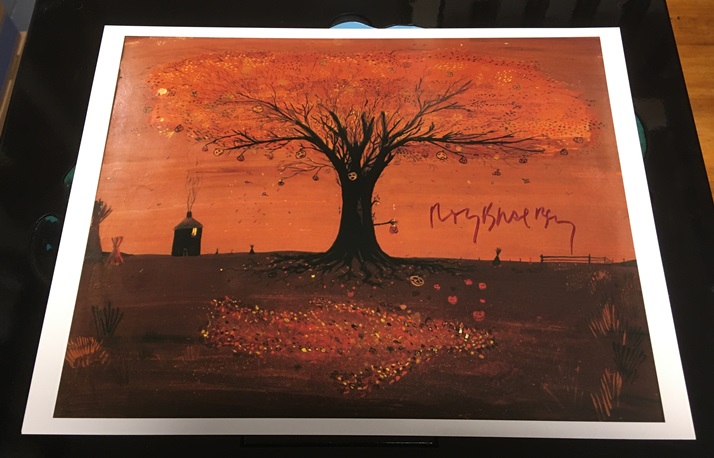 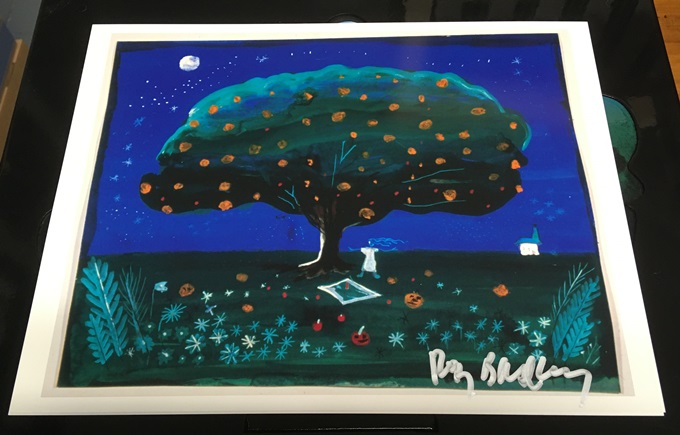