What do the disembodied head of Buffalo Bill Cody, Annie Oakley, Frankenstein, the Tin Man, Captain Nemo, the Flying Dutchman, and the inestimable Ned the Seal have in common? Find out as they embark upon a spectacular set of nonstop steampunk adventures. The three epic chronicles, Zeppelins West, Flaming London, and The Sky Done Ripped, inscribed by a courageous young seal on his trusty notepad were each published by Subterranean Press.  The specfics of each book can be found by following the picture link below.  Each were published in signed trade editions and in a Deluxe, slipcased, signed limited edition limited to only 350 copies.  We offer here sets of these wonderful adeventures as further described below.

Set 1 - Matching Numbered Set of DELUXE copies of all three books, we only have one set, it is number 97

Set 3 - Matching Numbered set of the DELUXE state of  Zeppelins West and The Sky Done Ripped coupled with a signed trade edition of Flaming London.

Set 4 - OK, so we were able to put together one "poor man's" set, a Deluxe Z-West, and signed trades of Flaming London and The Sky Done Ripped a $175 retail price for $150, get it quickly before it's gone! 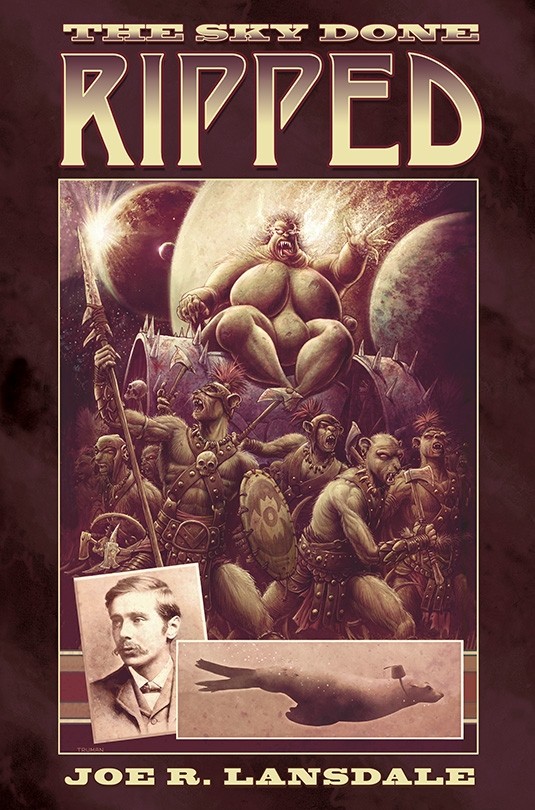