Introduction by Walt Daugherty. Preface by Ray Bradbury. Privately printed by Walt Daugherty and Mary Ellen Rabogliatti at Shottlebop Press, 1983. First edition. The sole printing of a long poem that a young Ray Bradbury completed in 1940, transcribed from a wax recording in the Forrest Ackerman archive that was originally produced for Shangri La Record, a multiple record program sent to several science fiction clubs active at the time. In his preface, Bradbury notes, "I would not ordinarily allow the publication of an early work like this, for obvious reasons. But Walt Daugherty has promised me this edition would be small and special, and given only to understanding souls."  Signed by Bradbury on the front panel. Staple-bound in the original pictorial wraps.  Note the picture looks faded, the chapbook is bright orange and in as new condition (we have had this in storage for literally decades). 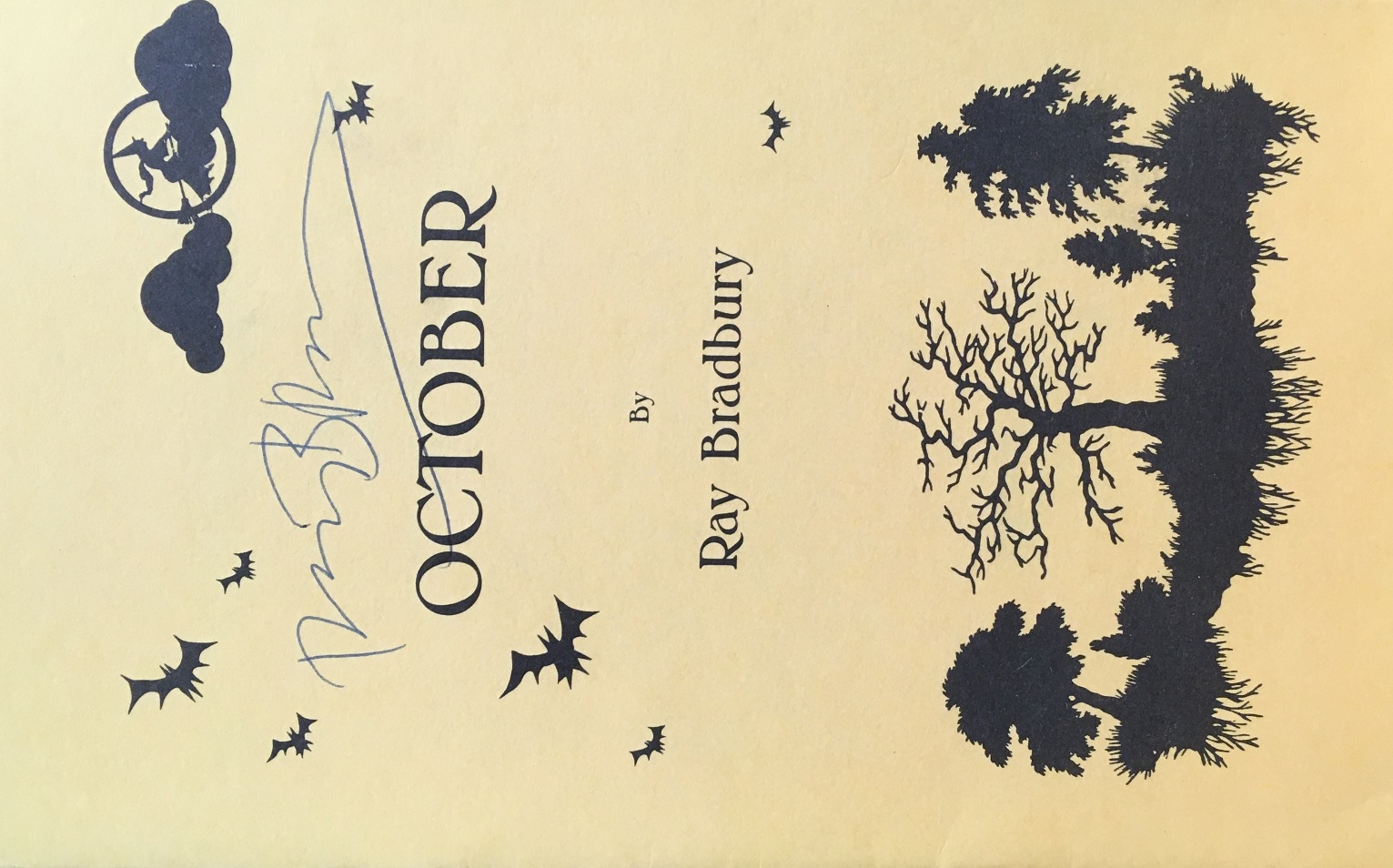