A series of novellas, divided up into sets of four independent titles. All titles within a set will share one piece of artwork divided between the four covers. Above is the artwork of Jim Burns

Here are the details of Set 3

1. The Martian Simulacra by Eric Brown

The year is 1907, the setting is Baker Street, London. When the Martian Ambassador arrives at Holmes’ door seeking the Great Detective’s help in solving a grisly murder, how can he refuse?

The case will involve a trip to the Red Planet, where few humans have been privileged enough to visit. Ever since the second wave of Martians arrived on Earth, inoculated against the germs that had halted their tripods the first time around, and humanity accepted the aliens as their overlords, Holmes has been curious... Soon he and Watson are boarding one of the great Martian spaceships, where they discover their old friend Professor Challenger has been invited along for the ride. What awaits them at their destination is a plot more dastardly than any of them could have imagined. 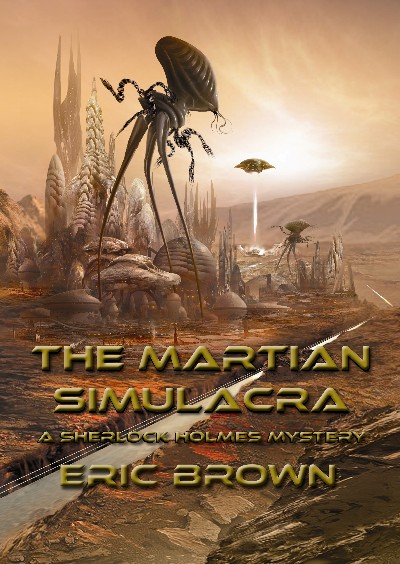 2.  The Martian Job by Jaine Fenn

When Lizzie Choi receives a message from her brother telling her that he’s dead, she assumes it’s a joke. Lizzie, an employee of the powerful Everlight Corporation, already has to live under the cloud of her mother’s misdemeanours and could do without her brother, Shiv, adding further complications.

By the time she realises that this is no joke and comes to understand what is being demanded of her, she knows she’s in trouble. The last thing she wants to do is travel to Mars and take Shiv’s place in a criminal undertaking, especially one of such magnitude and danger, but… 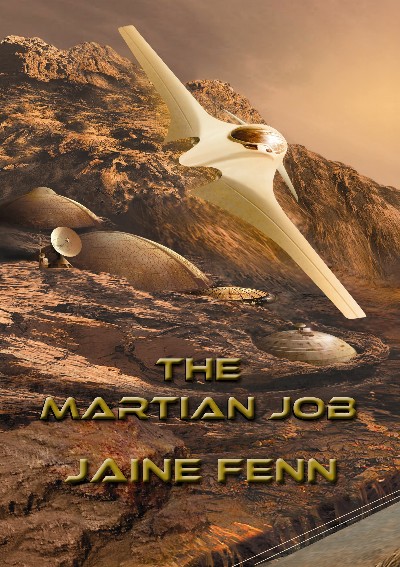 Far across the sands of Mars, deep within the walls of a dead city, something stirs; an awakening that threatens the return of a malice so ancient it is no longer remembered, except in darkest legend…

Winterstrike is at war and the target of deadly bombardment. Even so, the last thing Canteley expects is for her mother to send her away, and in the company of her formidable aunt at that.  Aunt Sulie is a member of the ruling Matriarchy, who wrap secrets around them as thick as winter snowfall.

When Sulie takes her to the abandoned city of Tharsis, Cateley little imagines that the trip will unearth secrets long hidden and reveal the truth behind her own past. Recurring images of a blood red tower standing in the shadow of Olympus Mons have haunted her dreams. Now, at last, she has a chance to discover what they mean. 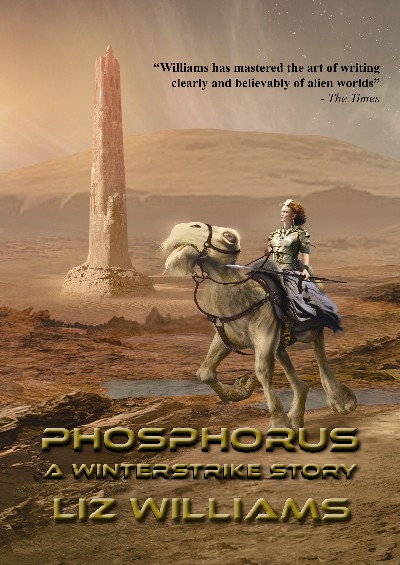 4.  The Greatest Story Ever Told by Una mcCormack

Iss, a humble kitchen slave who likes to tell stories, finds herself caught up in perhaps the greatest story of them all. Little does she imagine when she stumbles on the small rebellion of Seffish, Crith, and the other dance-fighters she admires so much, how far that rebellion will spread. An ordinary soul caught up in extraordinary events, Iss soon finds herself at the heart of an uprising that threatens to overthrow the social order and reshape a world. 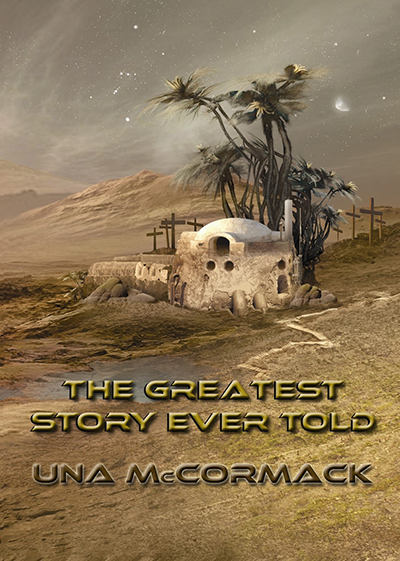 Click Here to Order a - Matching Lettered Slipcased Sets of: