What we have here is the First State Proof referred to as "Blue Lines" with the original Cover Proof.  The pages are bound in separate signatures.

This is the first appearance of Stephen King's Chattery Teath which was  later collected in Nightmares & Dreamscapes.  So this is the first state of the first time this story appeared in print! 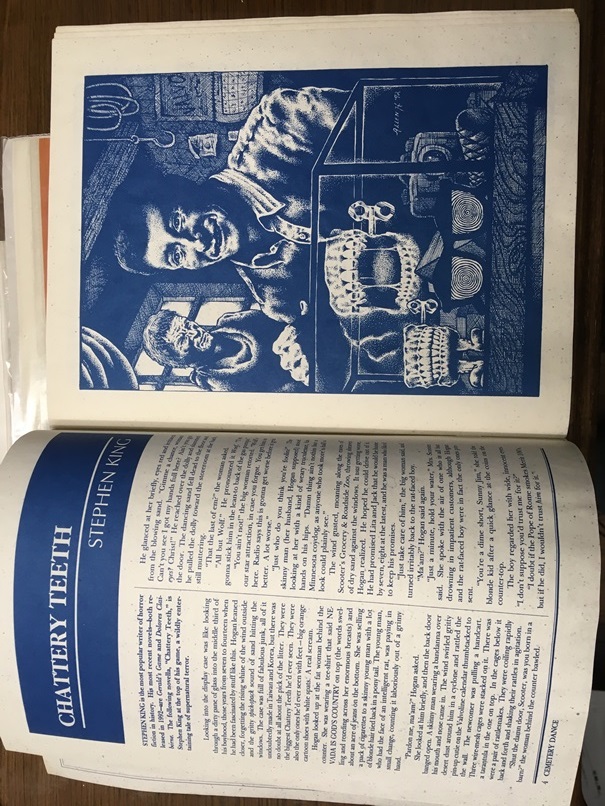